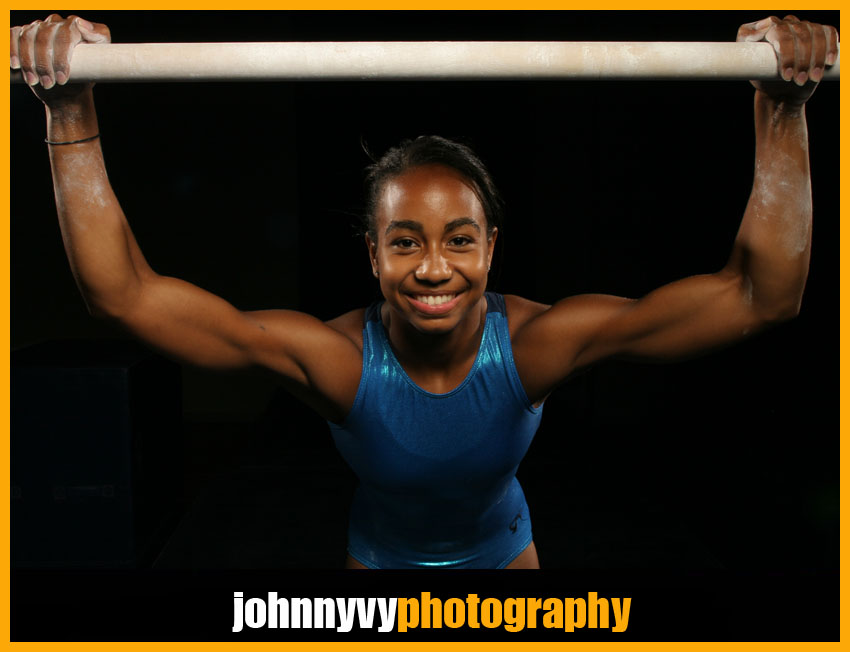 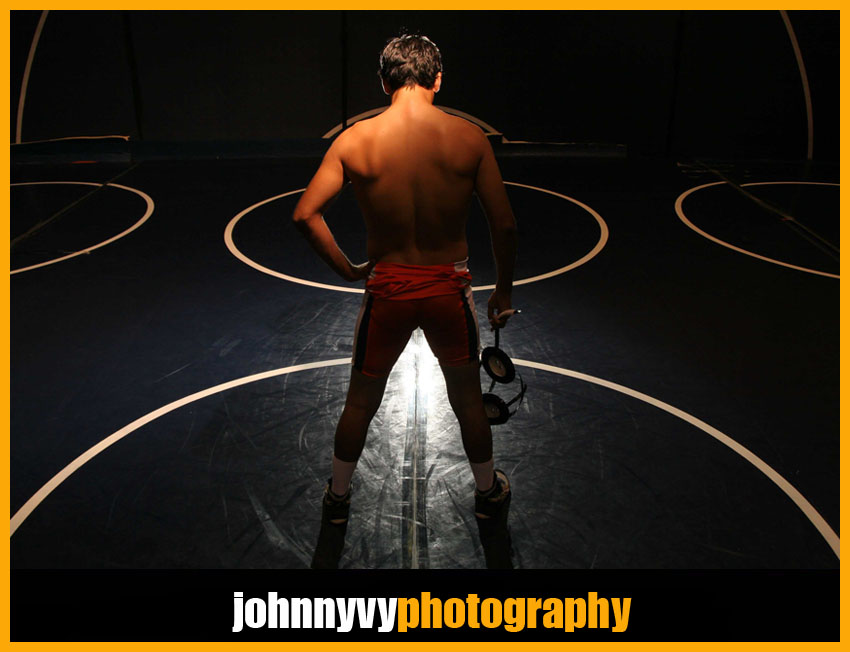 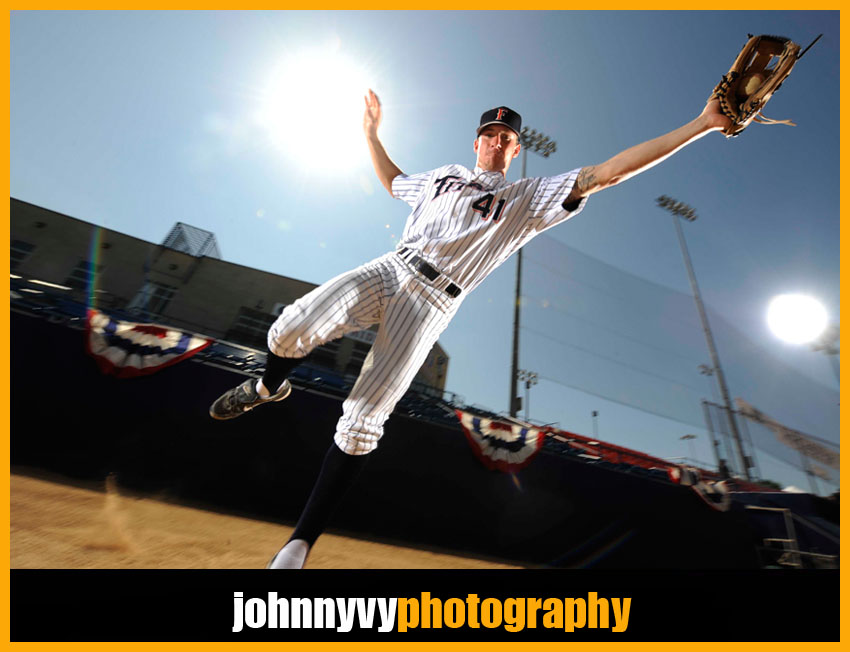 First post! Here we have images from the Sportsshooter Boot Camp lighting workshop. For those of you not familiar with Sportsshooter, it is an online community of photojournalists, sports photographers and professionals. There are helpful things such as message boards, classifieds, and even monthly contests that they hold along with workshops, known more popularly as the "Sportsshooter Academy." The Boot Camp is literally a shortened version of the academy, and the one I attended a while back was an intensive lighting workship that featured studio lighting as well as speedlights, which brought out the inner strobist in me! The gymnast and the baseball player were both lit with dyna-lites, and the wrestler was lit strictly with speedlights.

The gymnast was lit with two dyna-lites with grids - one on each side. The angle of the light allows the definition of her muscles to come through. If she had been lit from the front, the shadows that shape the muscles would not be there, and you would not get that nice light falloff that makes the background dark. You get more of a dramatic photo this way.

The wrestler was lit strictly with speedlights. These were triggered with pocket wizards off camera. For the first one where he's sitting on the mat, there is a speedlight (mounted on a speedring) within a softbox. It is aimed by an assistant from the top right pointing down (you can tell by the shadow of his nose on his face). The light around him on the mat is lit by the same light , and the background halos around his head are just the available lights in the room. The second photo is lit with two speedlights as well. I am big on backlighting, and really dig the long shadows it creates on the floor. You will notice that the shadows behind his legs are created by a light source that he is facing, which also creates a nice "hair light" separating him from the background. His back is lit by a second speedlight with an orange gel, held over his left shoulder by an assistant. I am also standing on a trash can to get the elevated angle.

The baseball photo was taken outside, and the light source above his right hand is actually the sun. In order to get a properly lit photo outdoors, you need a light source powerful enough to overpower the sun - in this case a Dyna-Lite Uni powered with a Jack Rabbit battery. Many people don't realize that using flash outdoors can actually yield better results - mainly because you can expose for your background and fill in the subject with the artificial light. You can actually see the light on the right edge of the photo, which made its way in the frame as I panned with the athlete. Sorry, there was no way I could crop out that light without cropping out his glove, but I like it regardless, mainly because of the pose. I was lying on the ground with a D3 and a 14mm 2.8 to get this shot of him while he jumped over me. Well, there you have it - my first post! Hopefully I was able to share something you didn't know! Hope you all enjoy reading!
-Johnny