11 months ago, a baby panda was born at the San Diego Zoo.  5 months ago, my girlfriend Chanda, and I celebrated 5 years together.  Since we met while going to college in San Diego, I thought it would be special to head back down there and spend a day together – at the zoo!  She was excited when she heard about the baby panda, and we both wanted to go see him.  Well, our busy schedules had prevented us from having enough time to go.  When the NBA Finals ended, I made it first on my checklist of things to do, but again, a hectic schedule prevented us from going.  Finally, after 5 months, we both had an opportunity to head down and see the baby panda!  Our biggest concern was how big he would have gotten in 5 months, as we suspected that he would be much, much cuter as a smaller cub.  Nevertheless, we headed down and hoped for a cute cub.  To our delight, he wasn’t really that big!  I was hoping to get some nice photos of him, but he was asleep!  I guess you can’t expect an 11 month cub to do much but sleep.  He had his back turned away, so I snapped some photos of the bigger pandas, and we decided to come back later with hopes that he’d be awake and about.  In the meantime, we visited all the other animals.  To our surprise, there were other baby animals as well, including an elephant, a giraffe, and several young flamingos, which were all really cute.  When we came back a few hours later, the little guy was still asleep!  However this time, he was turned towards us.  Oh well.  I took a few snaps, and finally checked off the baby panda visit off my list.  Whew!  Enjoy the rest of the photos!
Johnny Here is a portrait of Chanda and I taken by my good friend James Her of JH Digitography:

Check him out if you're in San Diego!  And now, the animals! 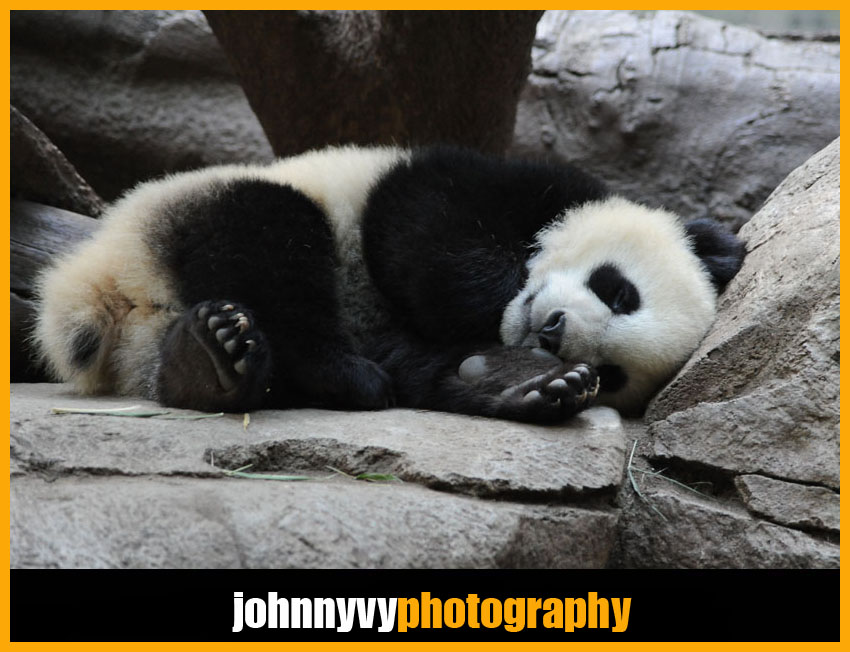 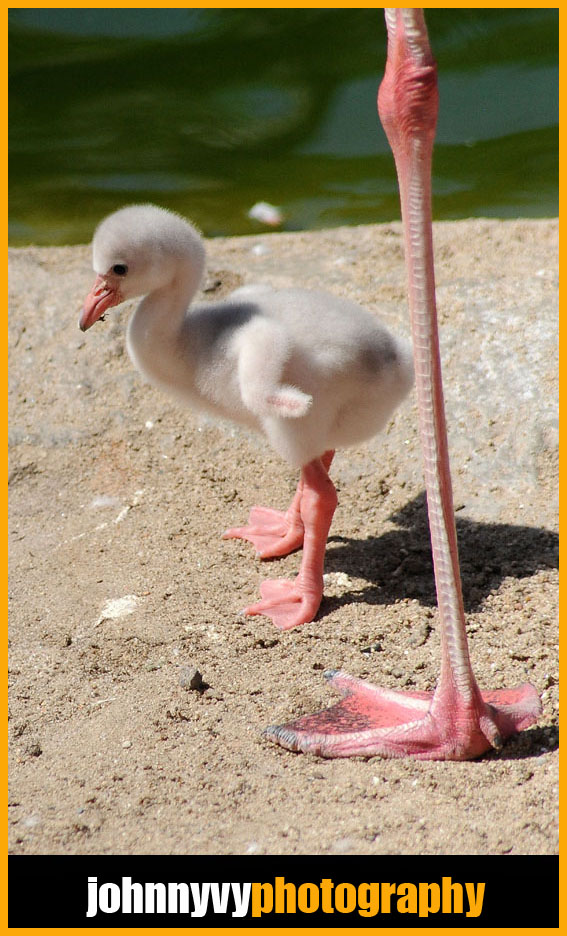 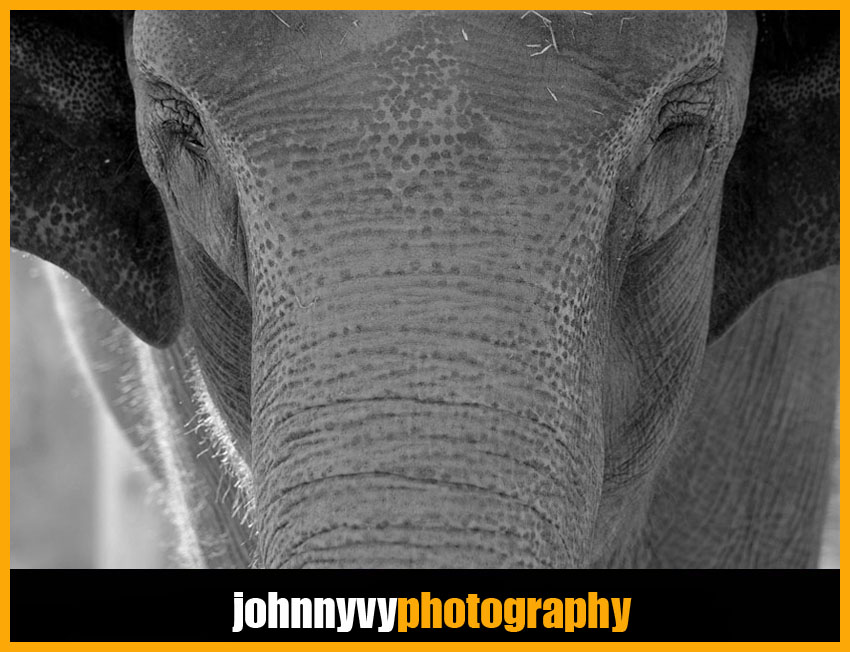 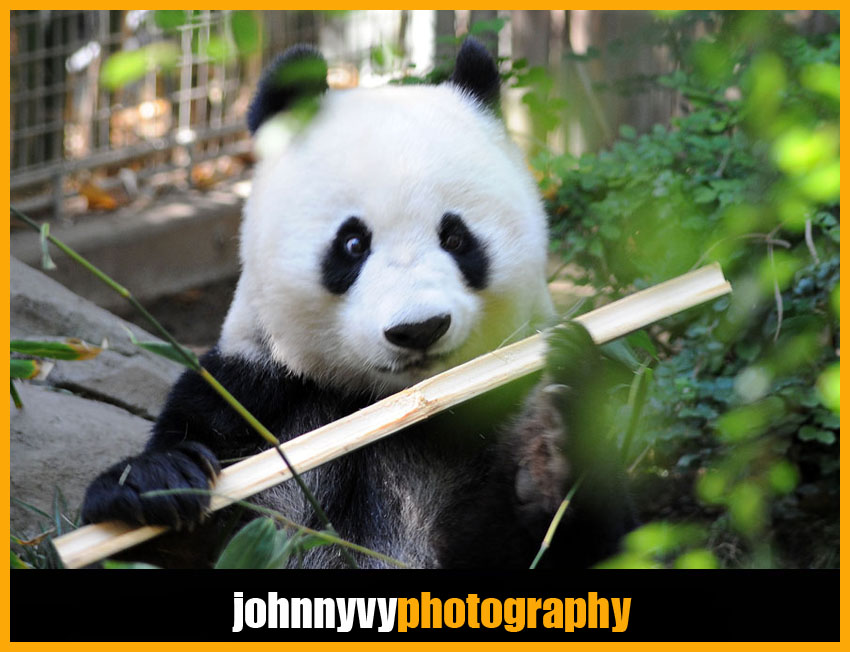 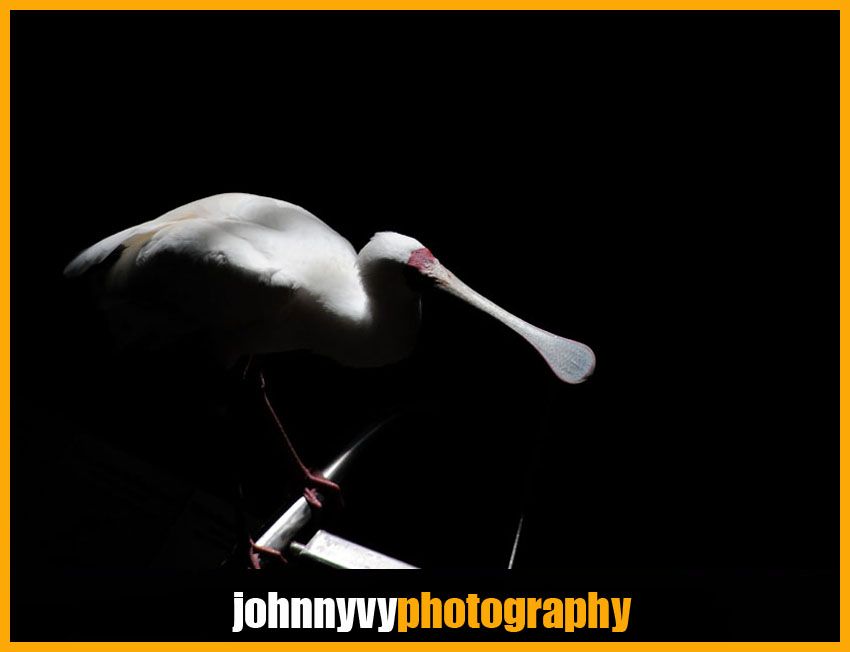 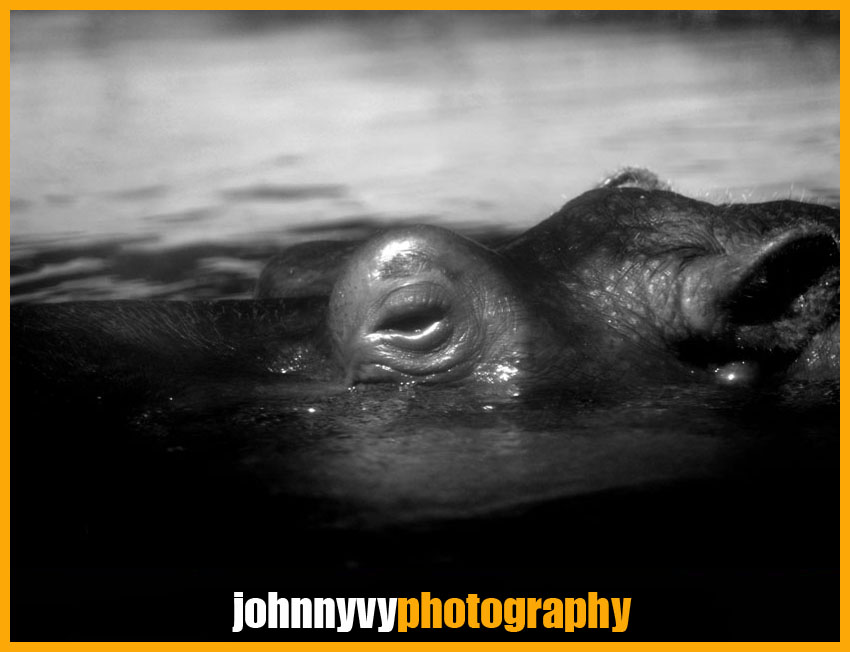 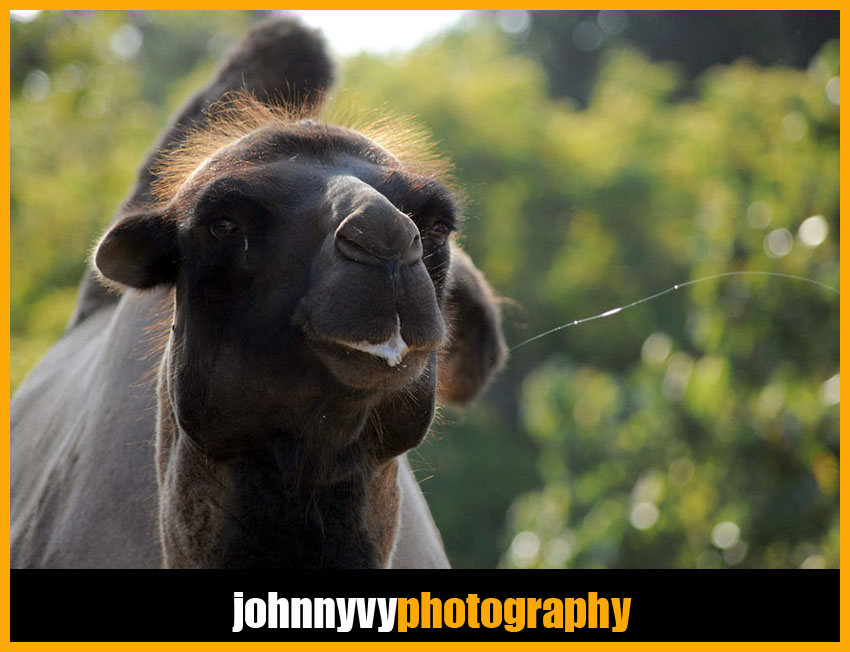 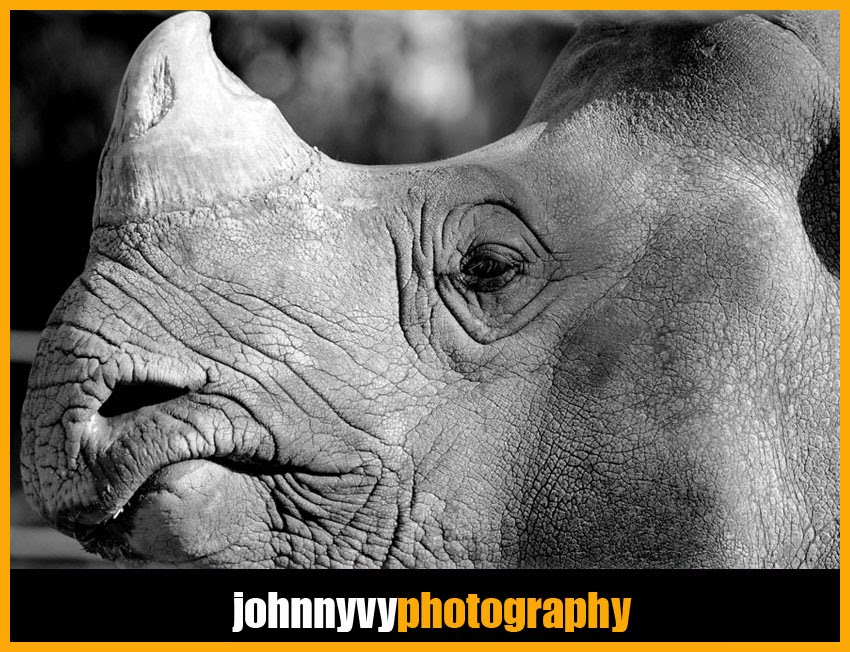 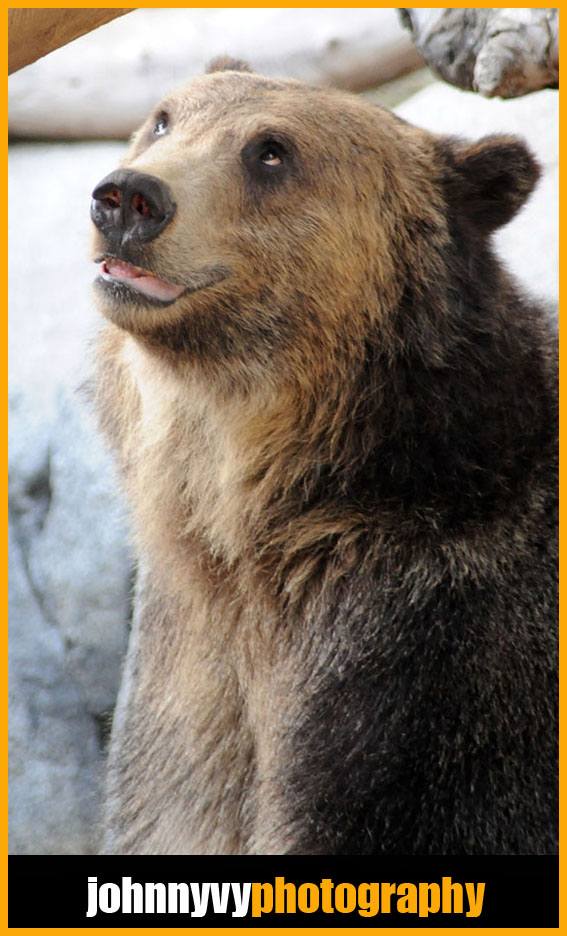 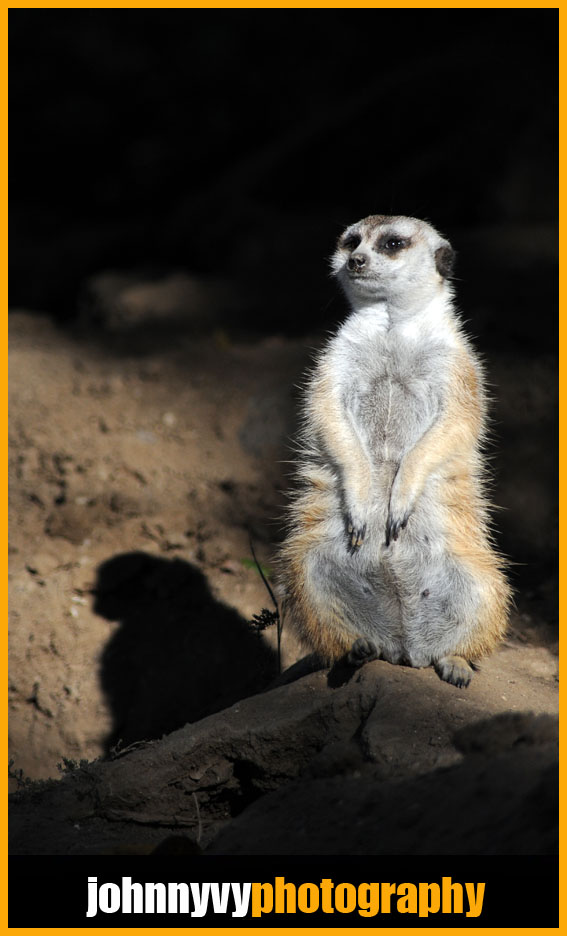 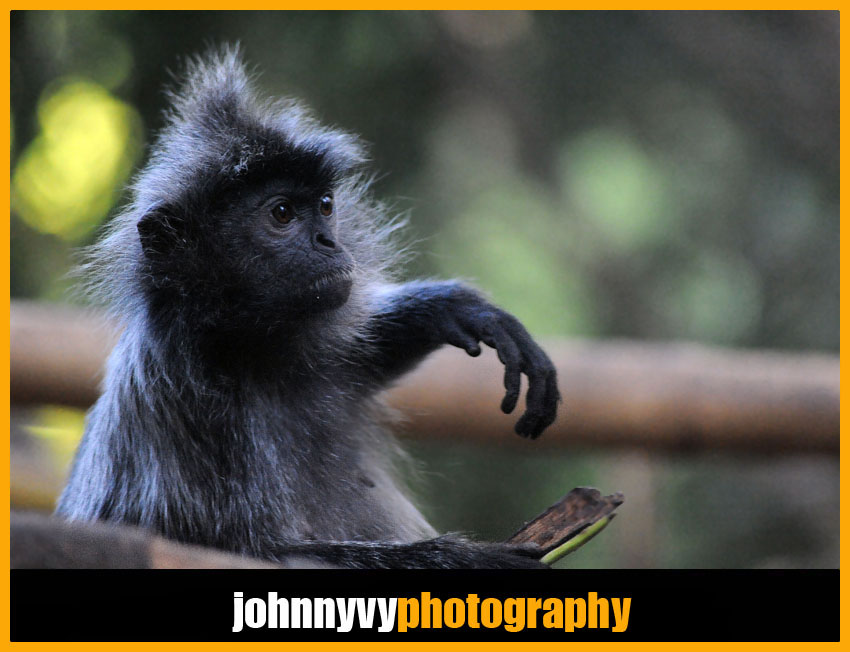 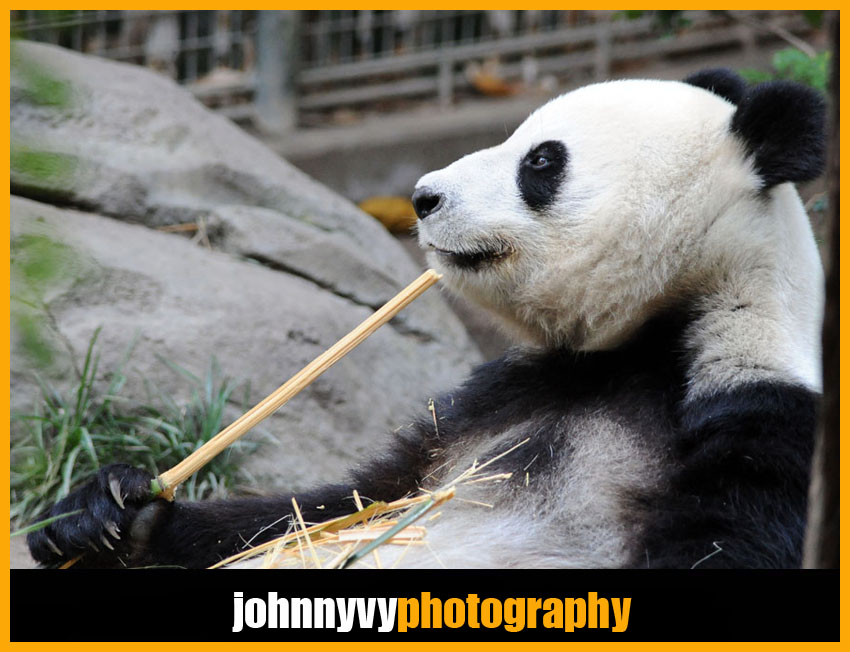