With the NFL Network gearing up for the launch of their new NFL A.M show, I photographed head shots of the new talent, including the likes of Nicole Zaloumis, Brian Webber, Eric Davis, and Mark Kriegel - more on this in a later post.   I also had to get ready for a portrait shoot with Green Bay Packers wide receiver Greg Jennings during all of this, and the original plan was to go with a white backdrop.  As luck would have it, the set-builders were in the midst of constructing the new NFL A.M set, and as I wandered around the studio, I came across a pair of moveable textured walls that immediately caught my attention.  Instead of the white backdrop, I decided that I wanted to base a portrait around these walls.  I put two of them together in a V-formation, and set up my lights.  I think Greg was a little surprised to walk into a full-on construction zone for a portrait session, but was at ease once he stepped in front of the camera.  I didn't realize it until after it was done, but one of his family members had taken a photo of the session, and Greg later posted it to his Twitter account.  When I first saw the image, all I could think of was one thing:  "Man, I really need to improve my posture!"  And with that said, here's my favorite images from that session.


By the way - a quick search revealed that the cufflinks are by Ravi Ratan.  Though I still think they are awesome, I came across these, which may be better suited for me.  But man those compass links are pretty stylin'. 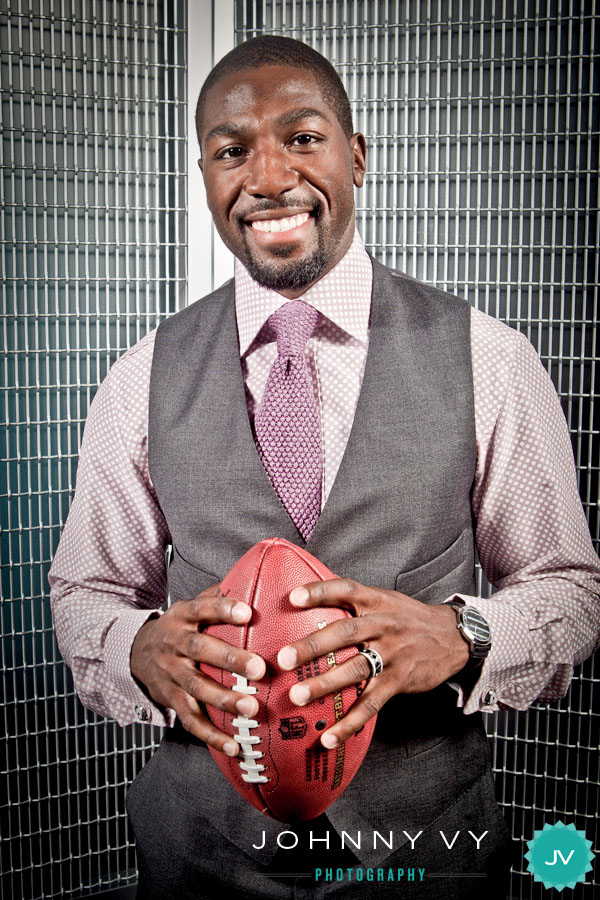