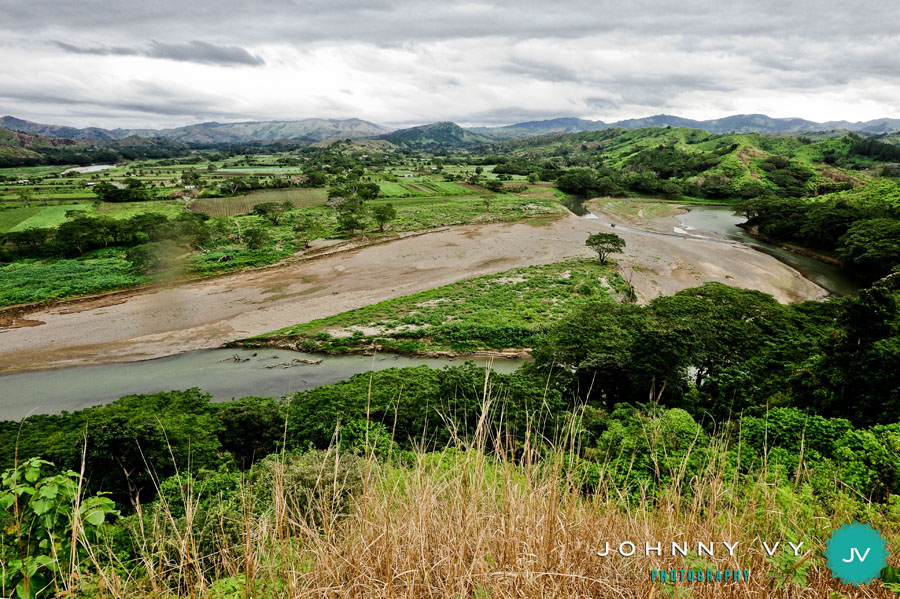 When people look up Fiji on the internet, what they usually find are picturesque images of a tropical getaway.  Fiji is comprised of over 300 islands in the South Pacific, adjacent to Australia and New Zealand.  In fact, during our trip there, we encountered mostly Australians, New Zealanders, and of course, Fijians.  It was revealed to us by the hotel staff that the resorts are actually busier in the winter than in the summer because Australians tend to vacation during their winter (where it is much colder there than Fiji).  Anyway, back to the point- Fiji is definitely not bereft of natural beauty, but it is so much more than just the clear water and white sand beaches that you may find on their shores.

The beauty that I really found in Fiji was in its people (an animals).  Even at breakfast, Chanda caught a bird sneaking a few bites of eggs from my plate (cannibalism still exists there after all), I had to admire the beauty of their scavenger birds (which I called the best looking pigeons I have ever seen in my life)  Anyway, I can’t say enough good things about all the people there, the culture, and just the overall simple joys that we seem to forget about when we are all caught up in work and stuff.  Although I never got used to telling people distances in kilometers or judging temperature in degrees celcius, I learned so much about different cultures and lifestyles, had my eyes opened to how different life is for people in different parts of the world., all from friendly Fijians approaching us and just telling us about their lives.

I’m trying to take you on a journey of Fiji from the inside-out…like from the inside of a cave-out.  The next leg of our trip took us from Nadi (where they have no traffic lights) to Sigatoka (where there are apparently very little paved roads).   The villages of Sigatoka and the town of Nadi suffered through a flood in March, and a lot of Sigatoka is still recovering from it.   The dirt roads are rough to drive on and there is still evidence of destruction throughout many parts of the villages.  We took a 45 minute drive to Sigatoka, where we then ditched the van for an all-terrain vehicle with two of our guides, Vili and Bobo.  From there, we took the ATV through the heart of Sigatoka, speeding through dirt, streams, gravel, and countless fields full of animals (horses, donkeys, boar, cows).   This was my first time on an ATV, and it felt like the thrill of the Indiana Jones ride at Disneyland – except that this was for real, and that it lasted more than 2 minutes.  In fact, the entire ride to the village on the ATV lasted about 30 minutes, at a pretty constant pace of around 40 mph on unpaved roads.  To my surprise, that kind of speed on that type of surface startled me for a bit, but Bobo knew what he was doing (despite almost running into 2 vehicles going the opposite direction), and the vehicle seemed to handle every turn and every dip in the road, with ease.

When we finally arrived at the village, Chanda and I were greeted with another Kava ceremony, welcoming us as members of the village before we were able to enter the cave – which was the whole point of our trek to Sigatoka.   We were guided by the village High Priest, who led us into Naihehe Cave (“Naihehe” means “a place where you can get lost”), which is more than 170 meters long.  We were given LED flashlights (mine totally sucked because it really wasn’t that bright anyway), and ducked into a small opening where water was flowing out, about thigh-high, to reach the main chamber.  Naihehe cave was once a fortress for a cannibal tribe and still contains a cannibal oven, where they would cook intruders once they were killed upon entering the main canal.  The skulls and hearts of their victims would go to the Chief, while the others would have the rest of the bodies.  Of course the cave was totally dark, but we managed to get a photo with the High Priest from within the cave, illuminated by my crappy LED flashlight, and Chanda’s superior one (scroll down below to see how much brighter hers was than mine).  Once we exited the cave, we were treated to a short lunch with the High Priest, and some of their resident pets.  I did not see too many dogs in Fiji, but villages that do own dogs use them for hunting boar, and they keep them thin and hungry for this very purpose.   There was also a cat roaming around, which was good for not hunting, but annoying Chanda while she ate her lunch.   Anyway, after lunch, we headed back through drizzly weather, back to our hotel in Denarau, where we were treated to a traditional fire show to end our night. 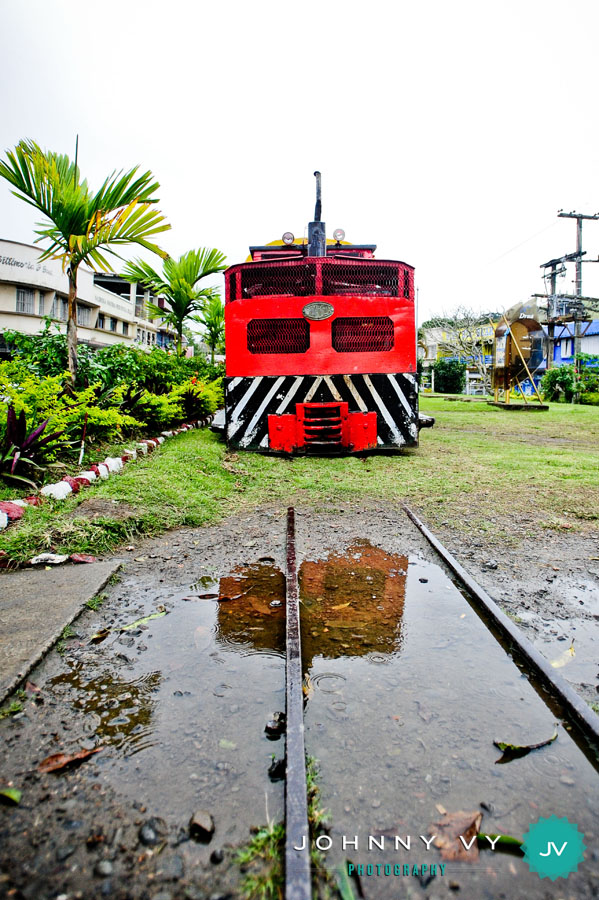 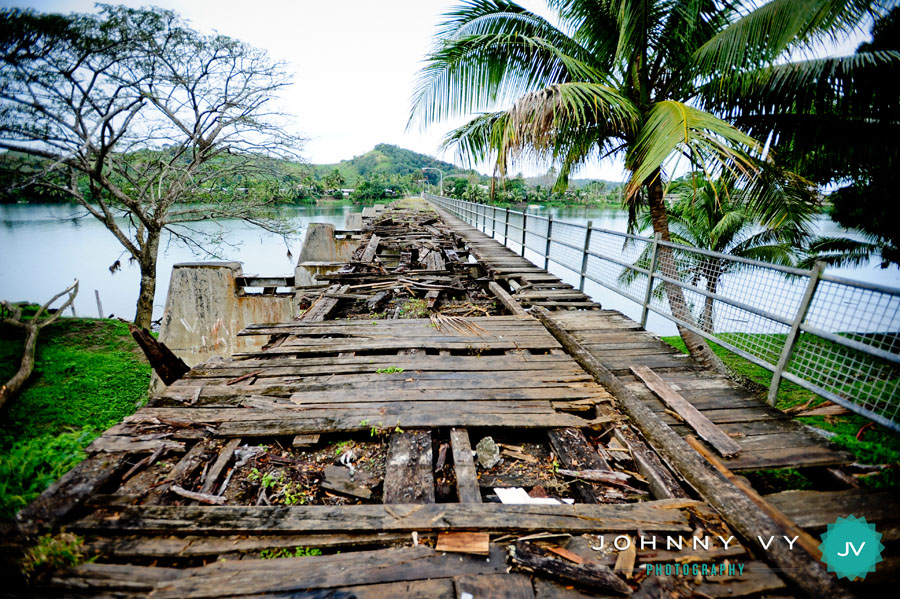 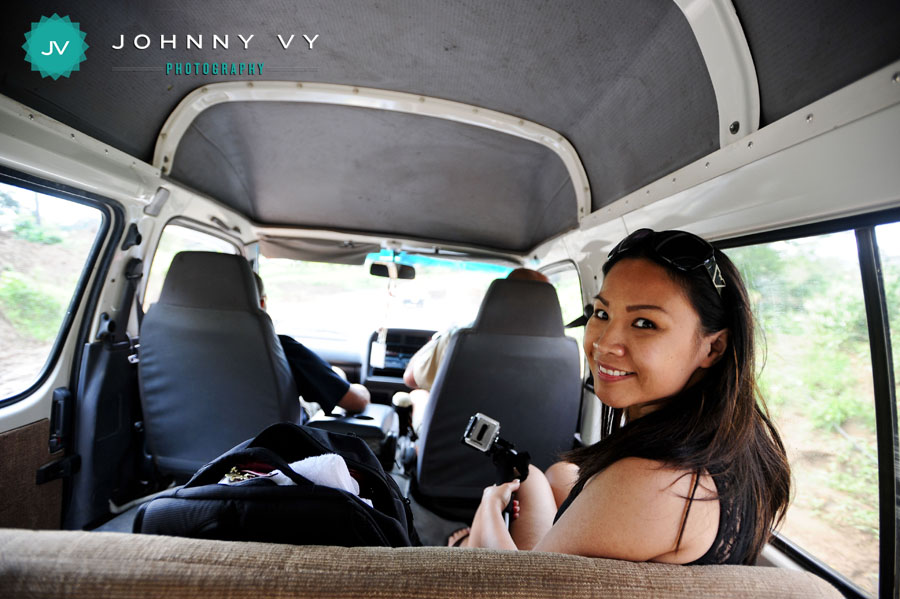 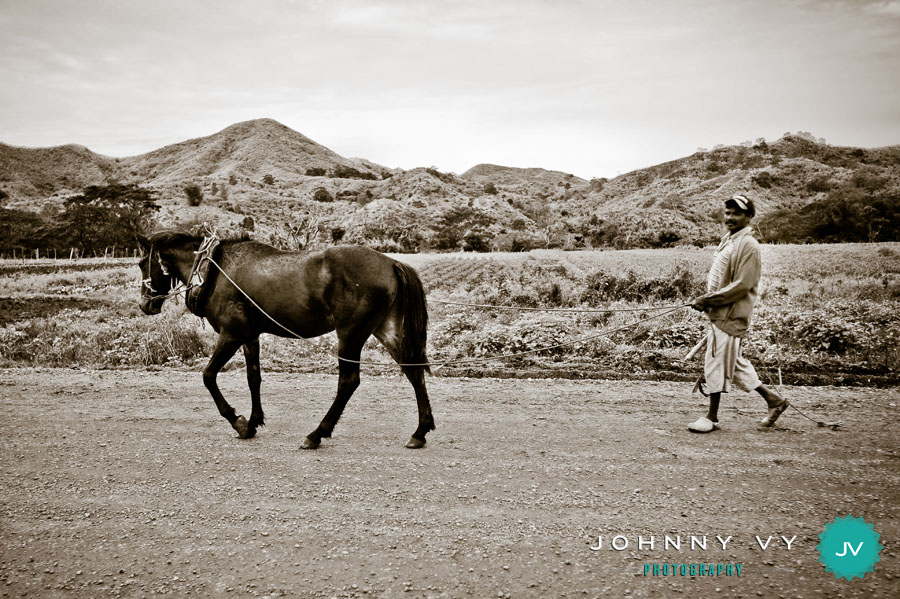 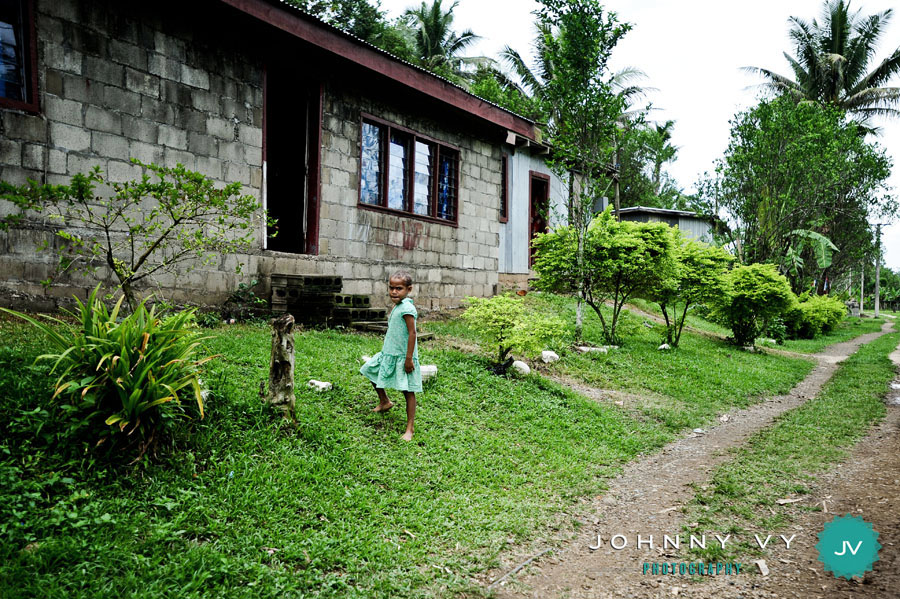 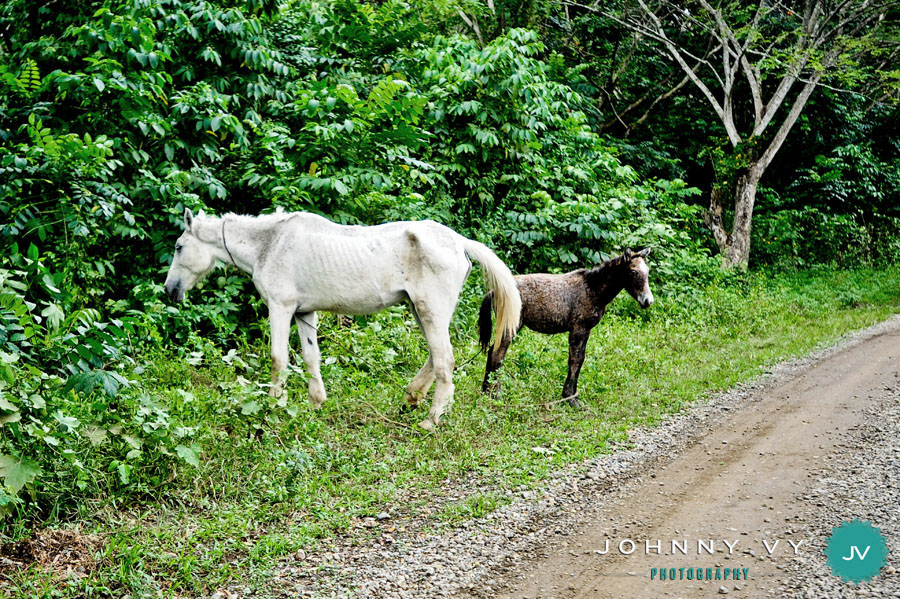 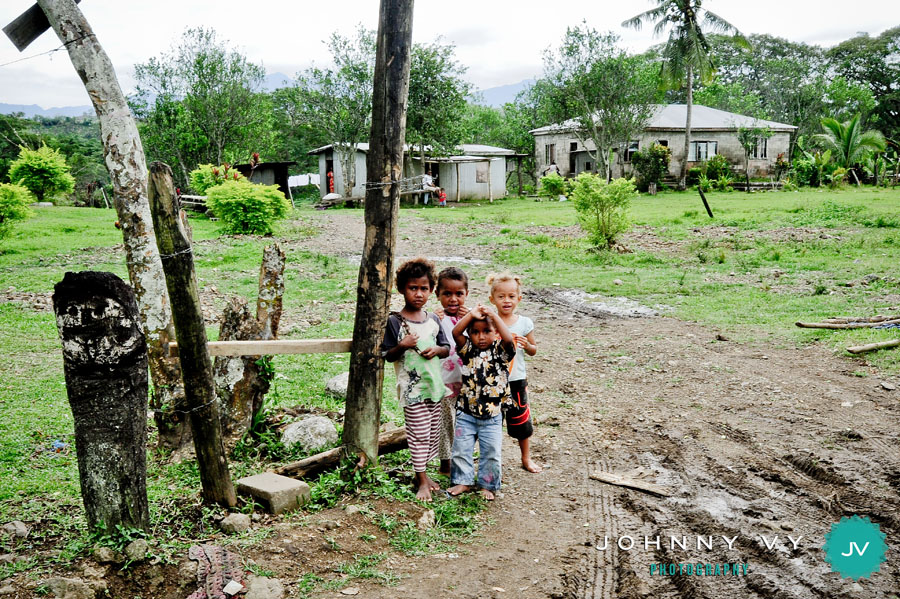 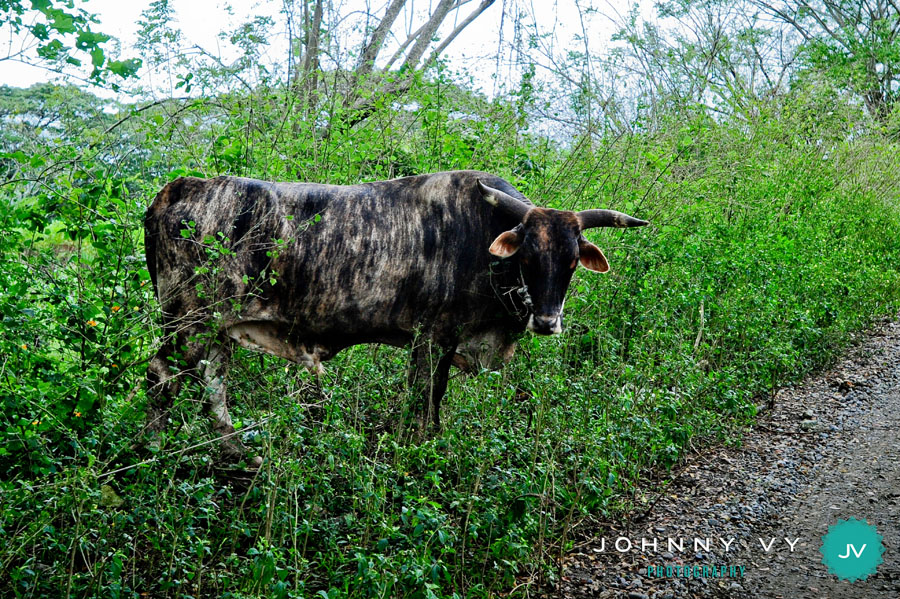 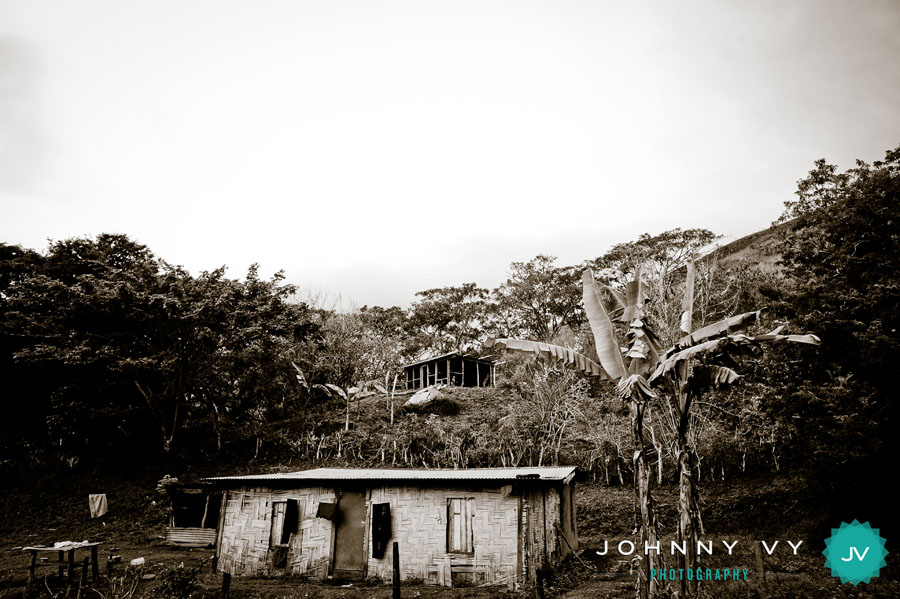 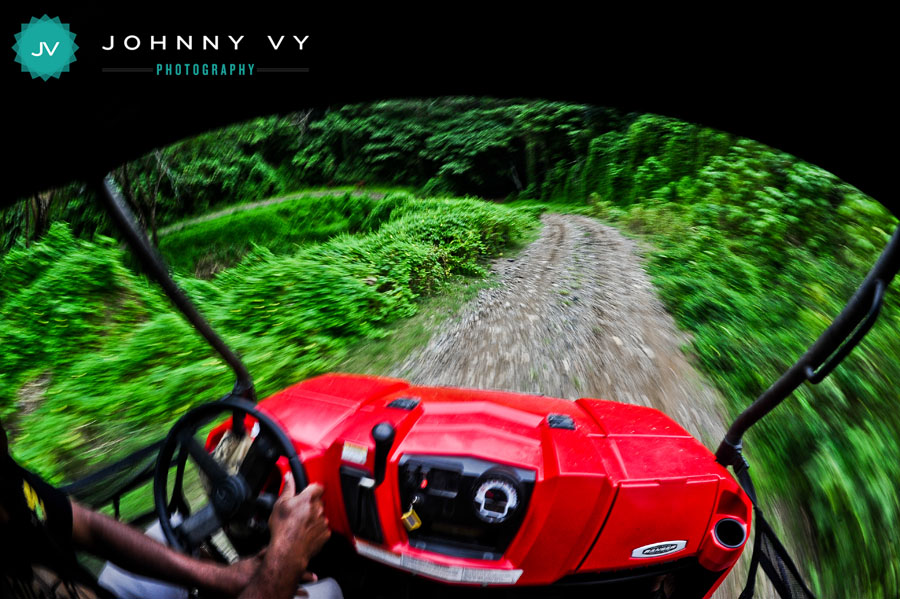 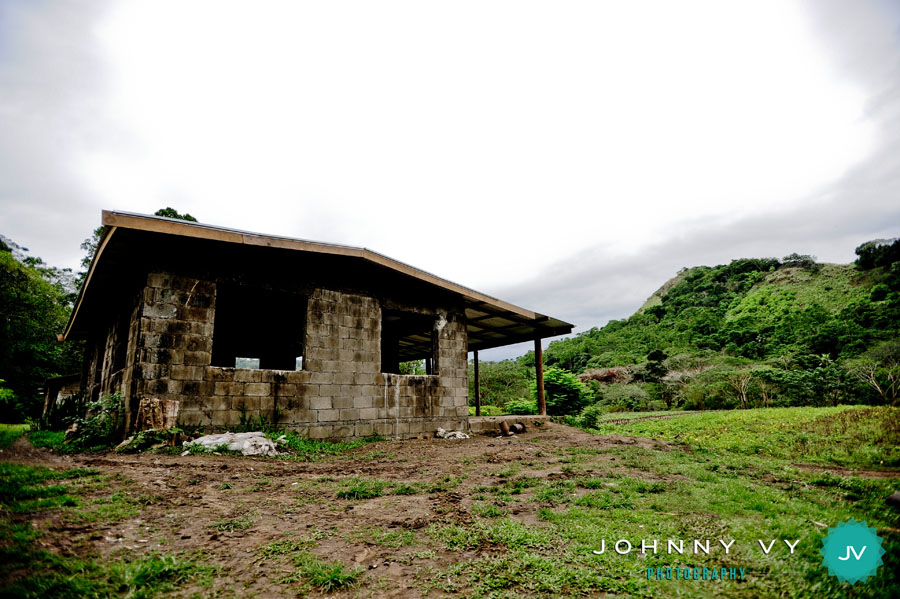 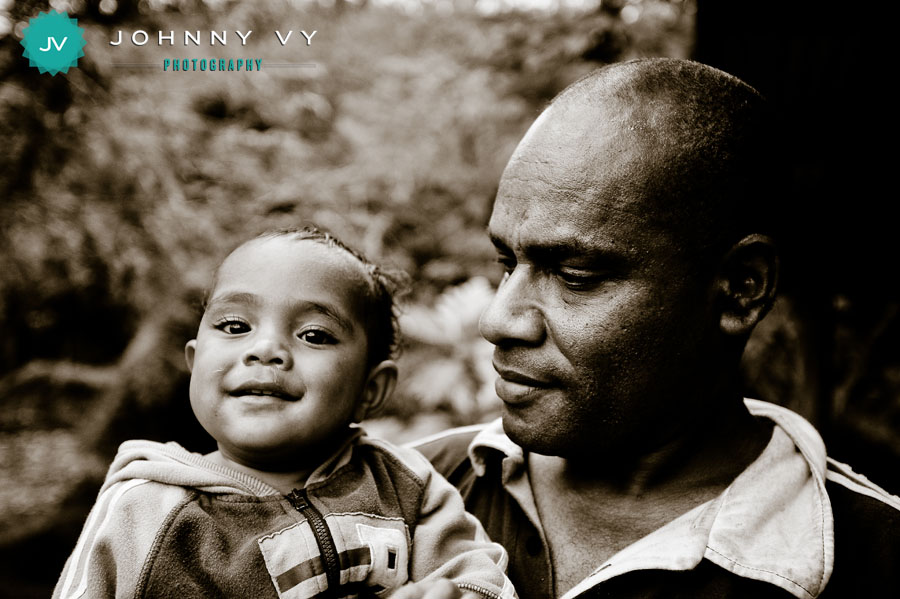 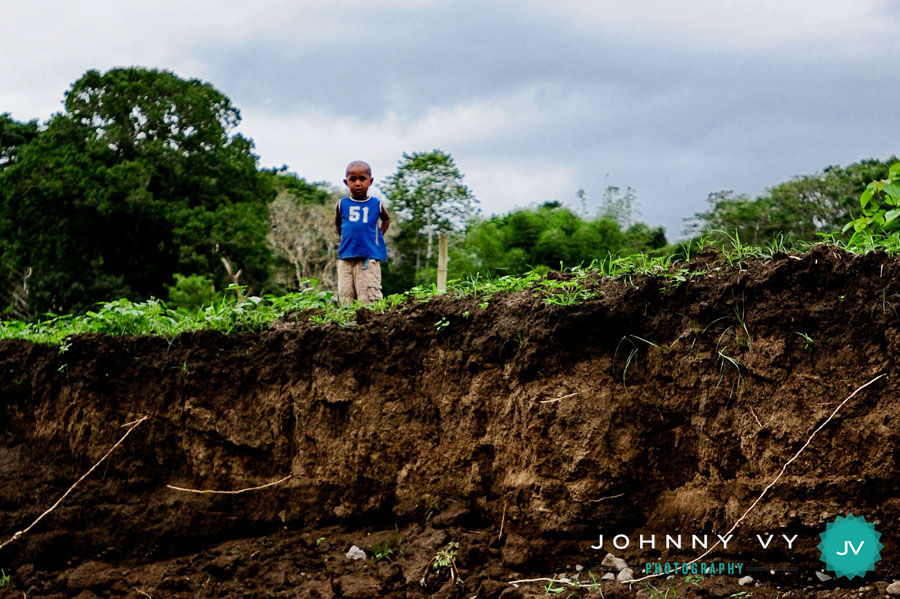 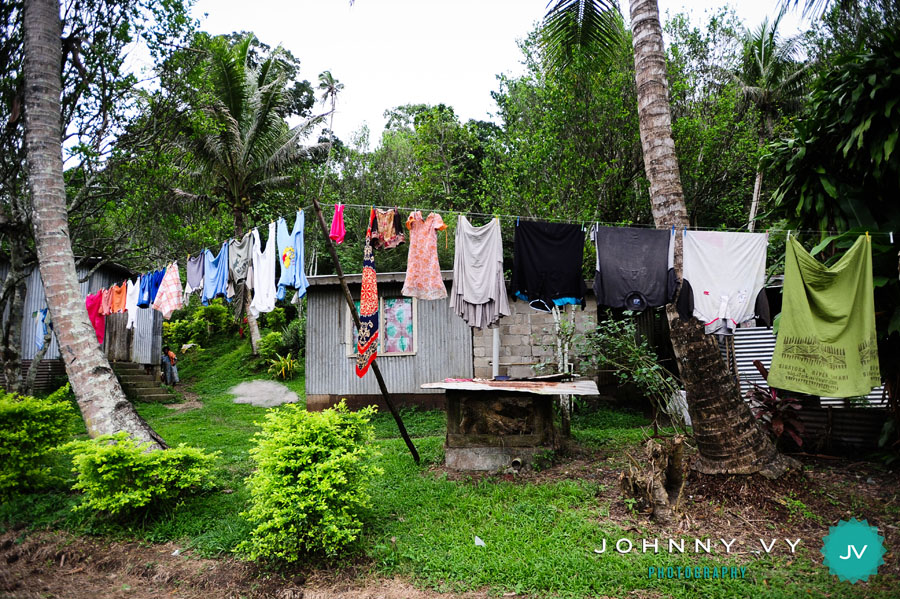 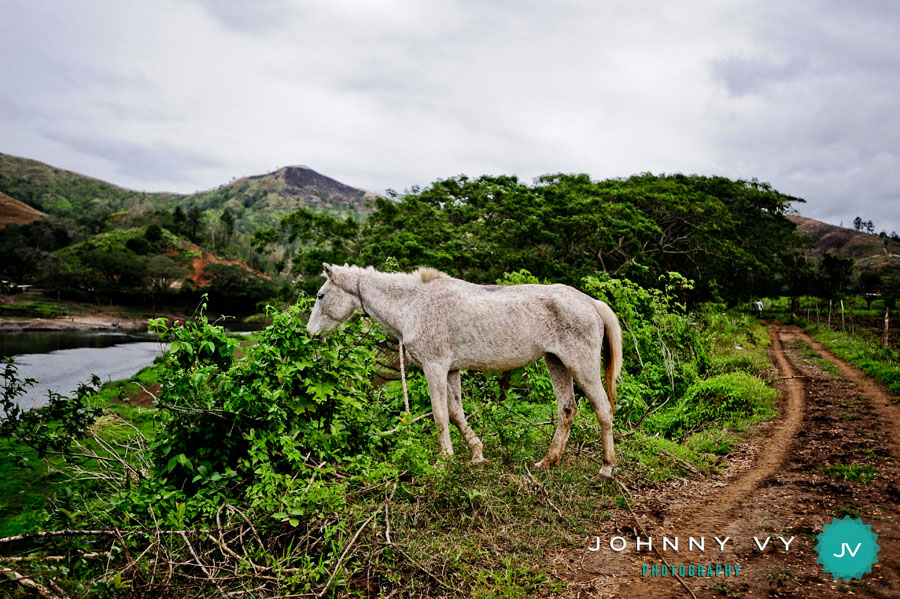 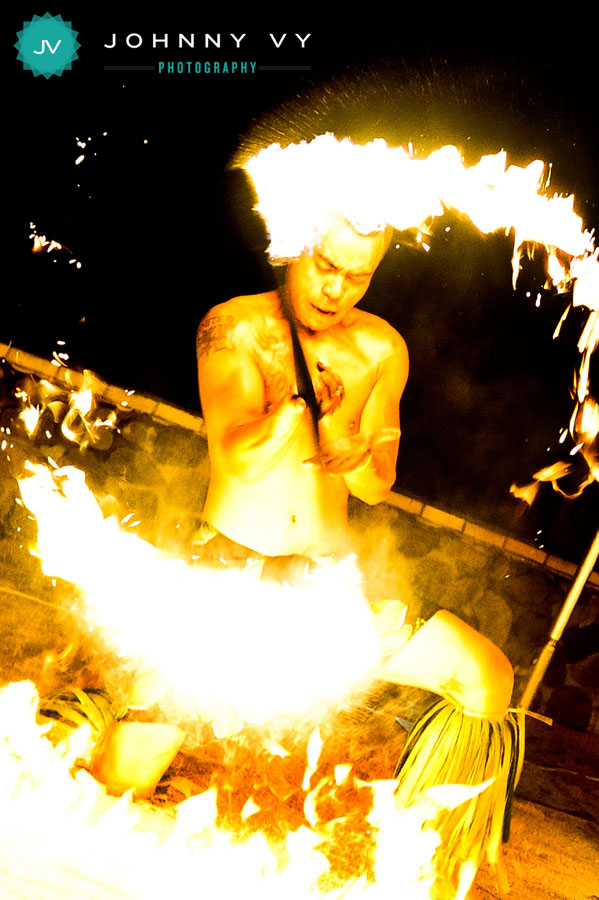 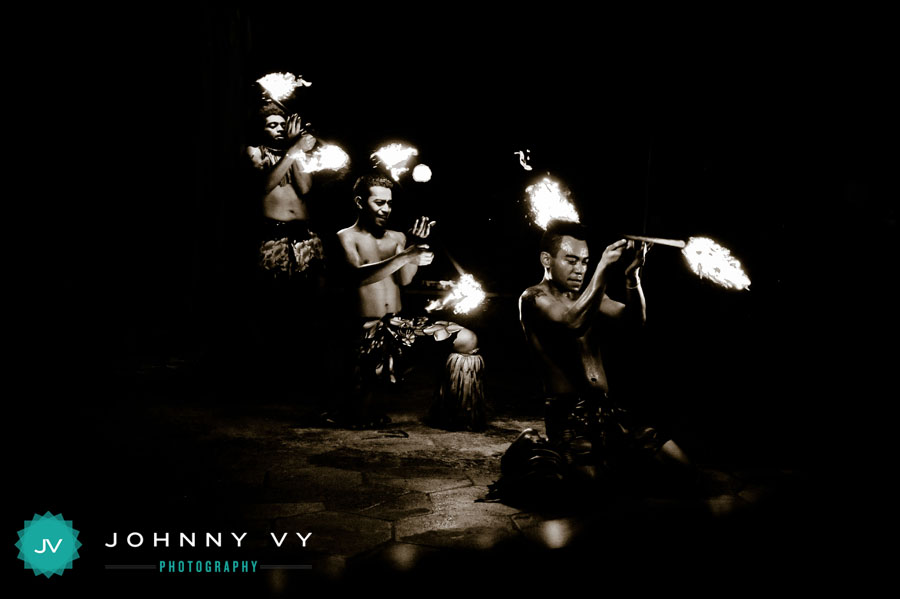 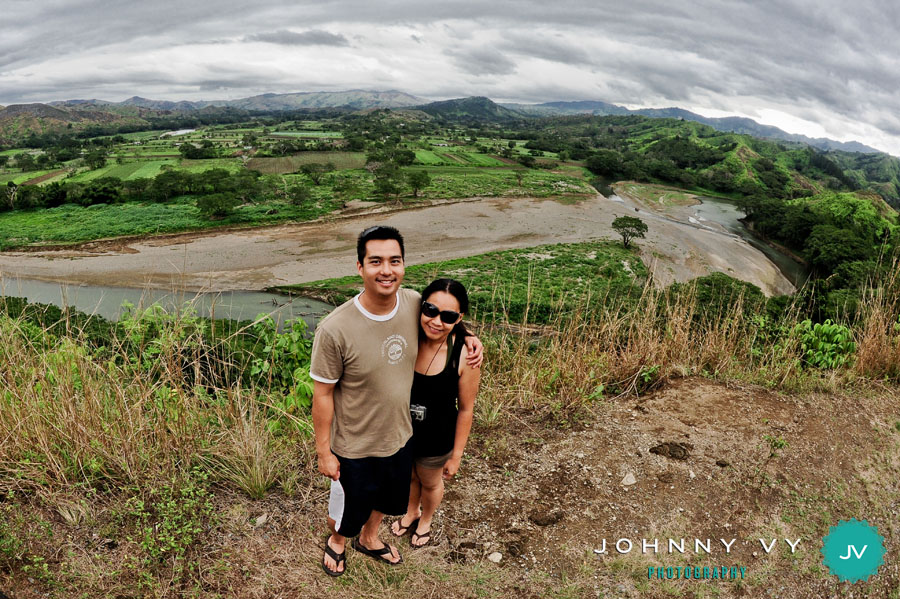