Last week kept me busy with 3 portraits in 2 days, starting with Washington Redskins wide receiver Pierre Garçon, followed by Denver Broncos linebacker Von Miller just 10 minutes later (the 3rd portrait blog will be posted next week), but you can get a sneak peek of it on my Instagram.  Anyway, since I've been with the NFL Network, I have had an opportunity to photograph a handful of portraits of current and former NFL players.  With each portrait shoot, there is a very limited amount of time given for pictures, and I'm afforded the freedom to conceptualize them as I see fit.  I generally try to do something different with each portrait - after all, a portrait should have the ability to draw the viewer into the subject and make you want to know more about him or her.  I try not to simply take a photograph of the person, but to show them in some kind of perspective.  Some things I might do is light them a certain way, shoot them from either a high or low angle, use high or low key lighting, and have them moving, standing or seated for a variety of dynamic poses.  One of the things I have generally stayed away from was the ring flash.  As much as I like the ring flash look (I use this type of lighting in my photo booth), I don't tend to use it in portraiture much because I prefer the way I can create depth with lighting that isn't so frontal.  Something as simple as a single light off to the side can create a much more dynamic mood.  Anyway, I decided to go for the ring flash with Von Miller.  With that said, within the short window that I have to make a picture, I had 2 different setups (white backdrop lit with constant tungsten video lights), and a more colorful setup with the yellow backdrop and ring flash.

After introducing myself to Von, I wanted to start the session off with a lot of energy, directing him to just have fun and act natural with the ball.  As any professional athlete will tell you, that is the easy part.  He gave me a playful toss of the ball and mugged for the camera.  After maybe 3-4 shots, I already knew I had my picture, and I moved him over to the white backdrop.  I tried a few different poses here and before I knew it, I had my second picture.  The white background was the one used for Pierre Garcon earlier, so I used that one just because it was already set up.  The ring flash picture was the one I wanted for Miller, and I was pretty happy with the image I got.  The best part about doing portraits with these guys is seeing a different side of them off the field when they're not terrorizing quarterbacks or celebrating big plays.  Just the type of stuff that maybe makes you want to see a little bit more. . .don't you think? 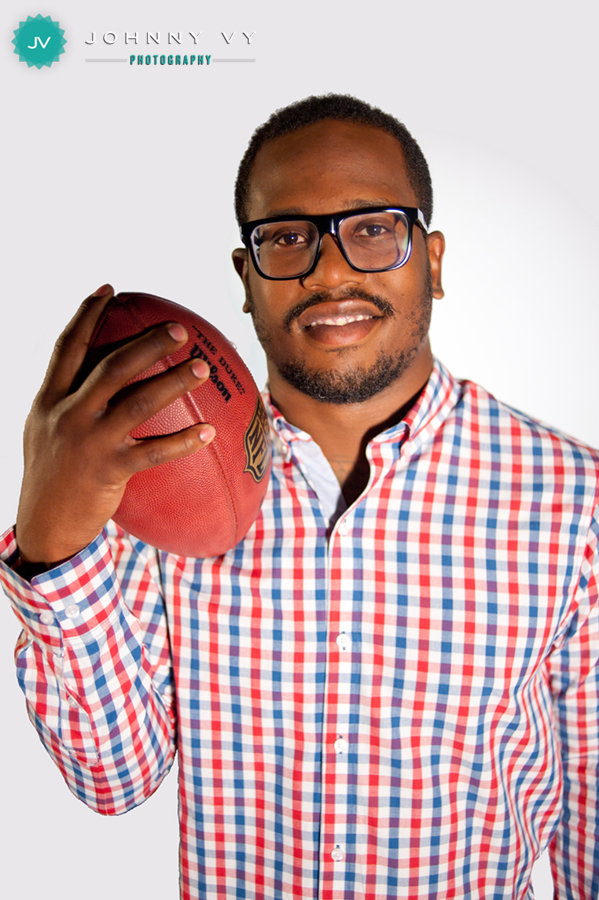 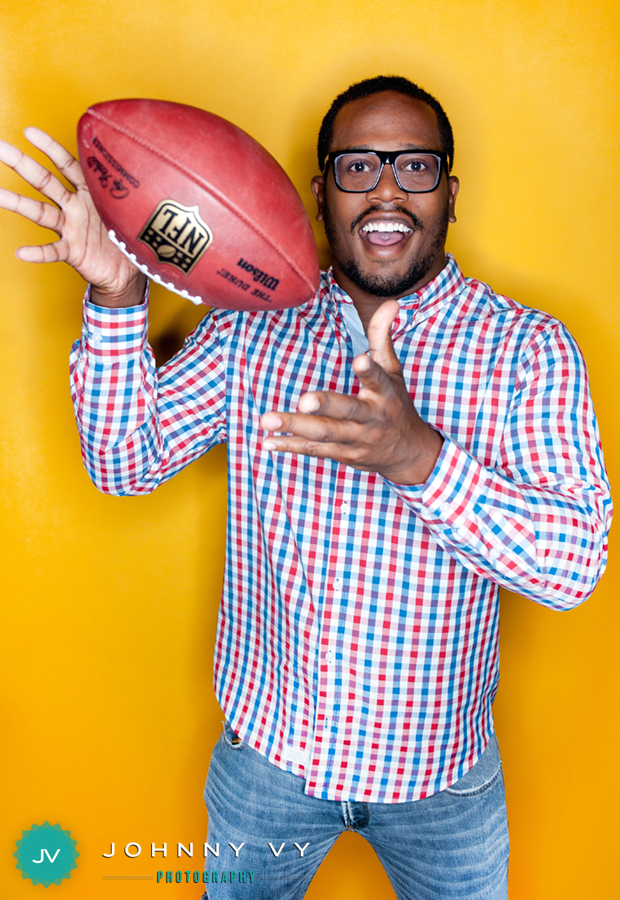