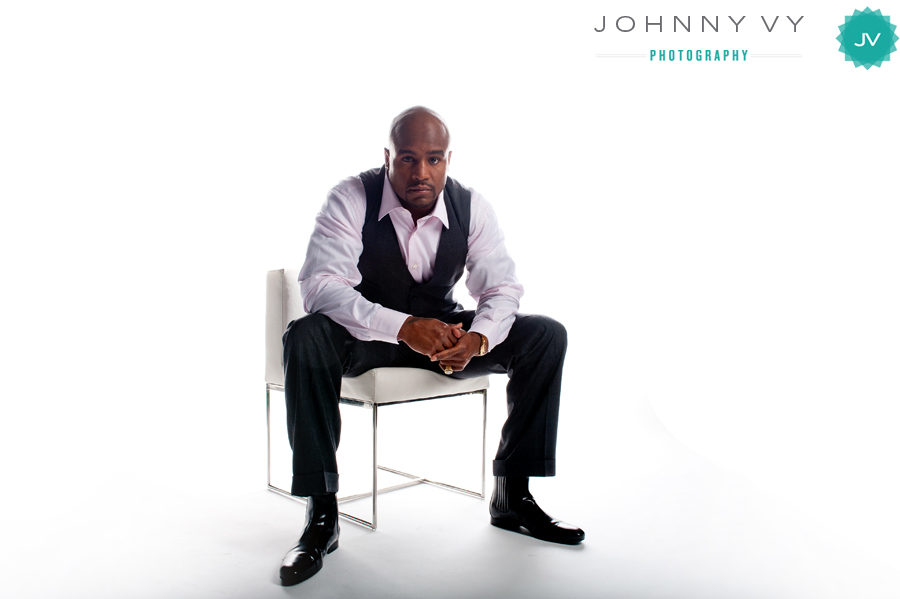 Sometimes simple is better.  Throughout my time photographing portraits for the NFL, I have always tried to come up with different looks or concepts for each portrait that I have done.  Whether it be a high-key look, dramatic lighting, dark and moody, or bright and playful, I've tried to give them a look that is unique.  A part of this is also because these players have been in front of many cameras before, and they have no doubt been a part of may typical portrait shoots (media day being one of them), where players are cycled through a generic series of poses for their respective teams.  Sometimes though, simple is better.  When I photographed Washington Redskins wide receiver Pierre Garçon and Denver Broncos linebacker Von Miller a few weeks ago, I noticed a plain white chair sitting outside one of the sets.  When I saw it, I knew that it had to be a part of my next portrait.  Originally when I got word that San Francisco 49ers safety Donte Whitner would be in the studio, I began to conceptualize something involving the team colors, but quickly abandoned the idea in favor of utilizing this white chair.  I changed the concept to reflect a clean and modern look, opting for a white backdrop and the white chair.  I set up two lights on the background, and key light to camera right.  I did a few portraits of him standing in various poses, and finally placed the chair in the frame, had him sit at an angle, and got the shot that i had envisioned. 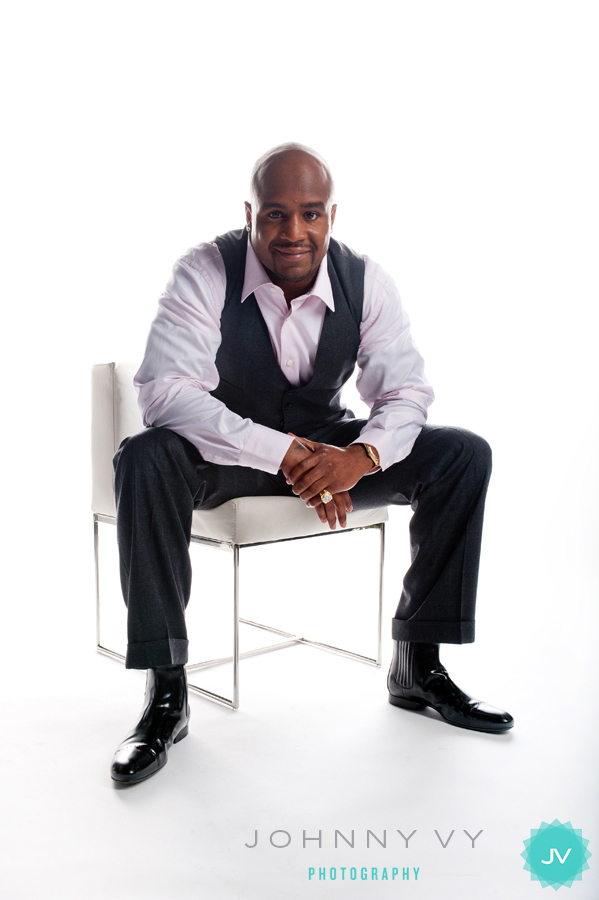 The San Francisco 49ers also featured my portraits on their website.  Check out the rest!